Driven to Deliver :: Who We Are | Company Info | Core Values - United Vision

Our Core Values Mean More Value for Our Customers

Our core values are the guiding principles that define our company. These values are embraced and reflected in every aspect of our business practices.

Strength Rooted in Our Core Values 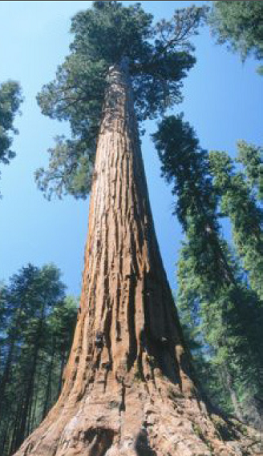 United Vision Logistics sponsored a donation drive for Hurricane Laura victims and we were able to provide over 500 meals for some of the citizens of Cameron parish.

Mike and Karen Nicar, Kevin, Staci and Rhyan Marcelissen and Todd and Morgan Daigle were on hand to help with the cooking for everyone, along with Tremayne and Jessica Picou of Terminal 450 in Cameron/Bell City.

Thanks to all involved!!! 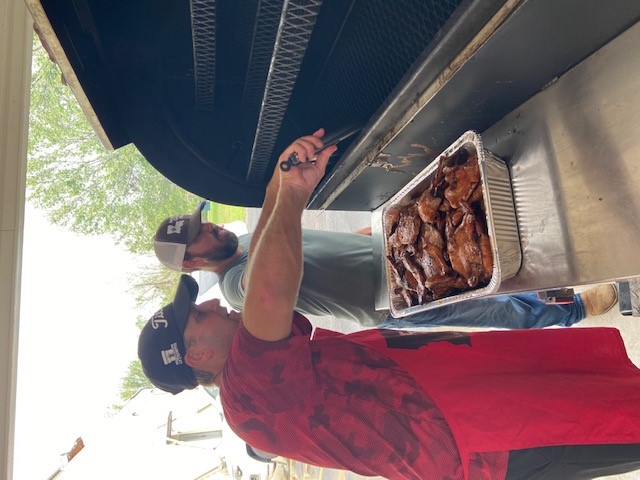 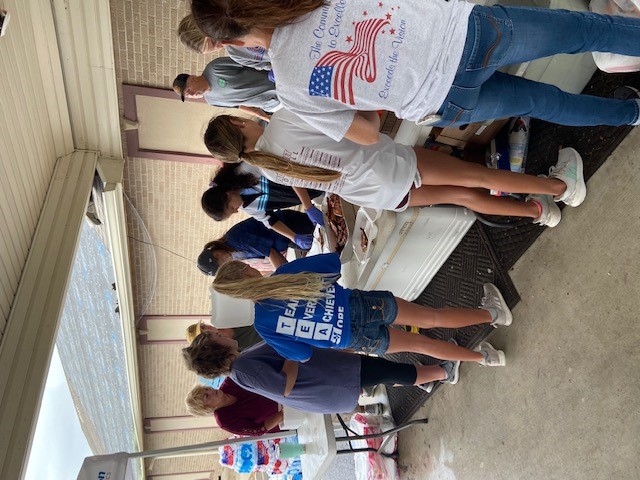 Our outstanding support staff included Gary Mather, Beau Conner from Terminal 481 who gave us tremendous maintenance and equipment related help, Jarade Schexnayder - the assistant cook bringing that down home Cajun flavor and our 3 Western Regional Managers - Alan Clark, Ross Rogers, and Joel Smith. Also our special guest was LTG Frank Kearney, a great supporter of WWH projects all over the country. A great thanks to all of you for the pride you take and the encouragement you give our WWH’s.

This year Jason got his revenge bagging an impressive 11 point buck from the Lacho stand. The same evening Johnny got a great 10 point from the Carlos stand. A lot of lies and stories were told at the dinner table about the taking of these animals. We are blessed to live in a country that allows us to be involved in and support our Wounded Warriors. I don’t know who had more fun, Austin and Johnny or those giving their time to help out.

Don’t forget there are many ways you can recognize and give encouragement to our combat veterans in your local communities. This is one way United Vision Logistics gets involved. Rusty Guilbeau, President and CEO, and the senior managers continue to support this function and are so grateful to do it.

Thanks again to all involved!!! 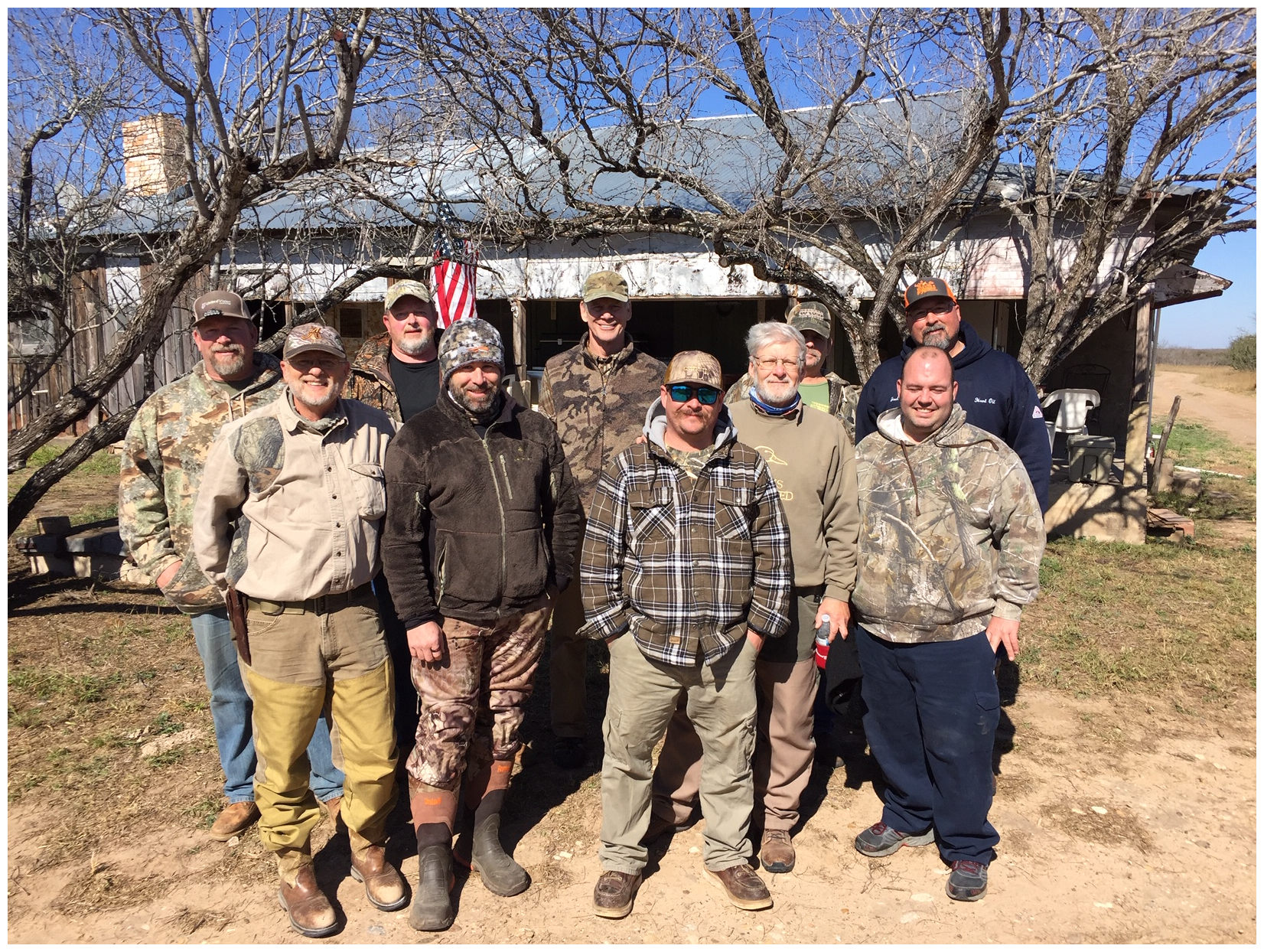 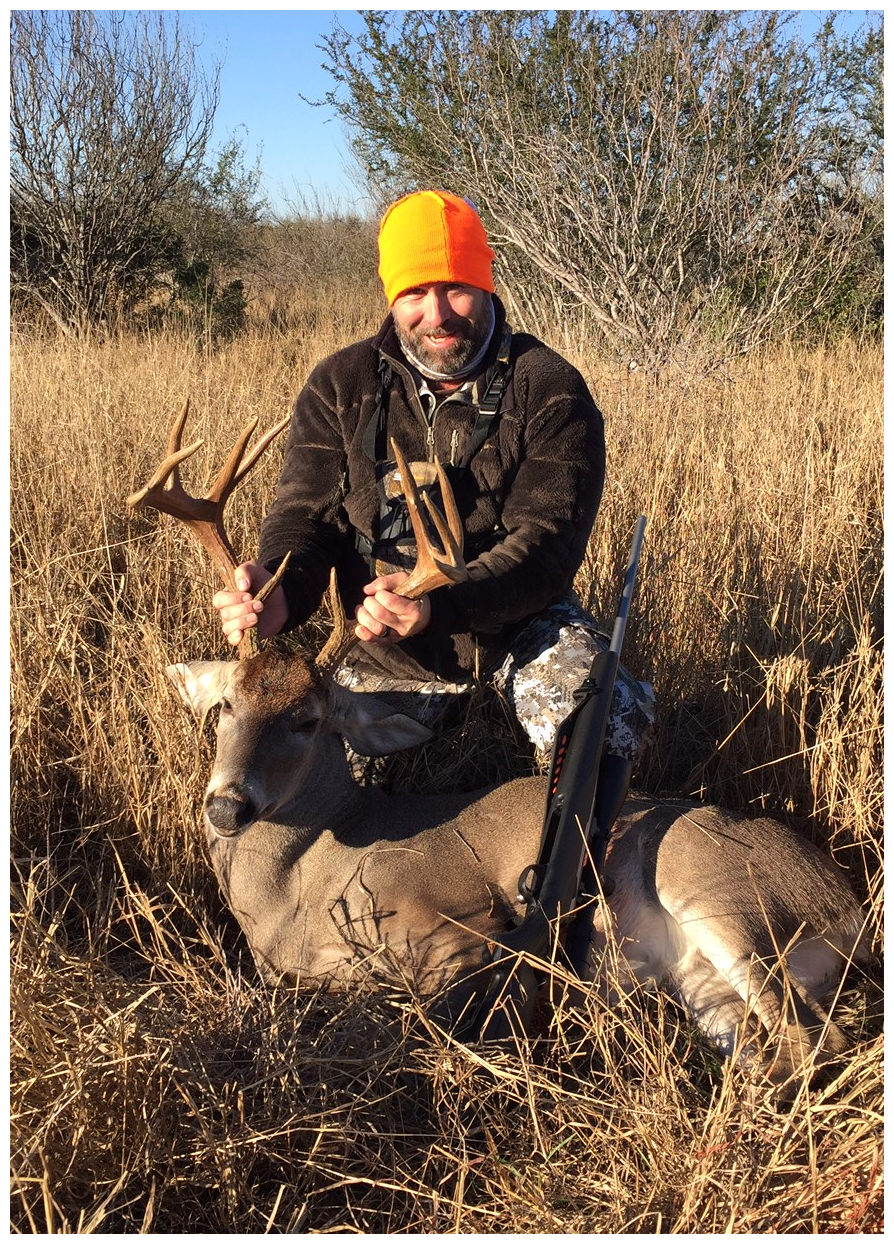 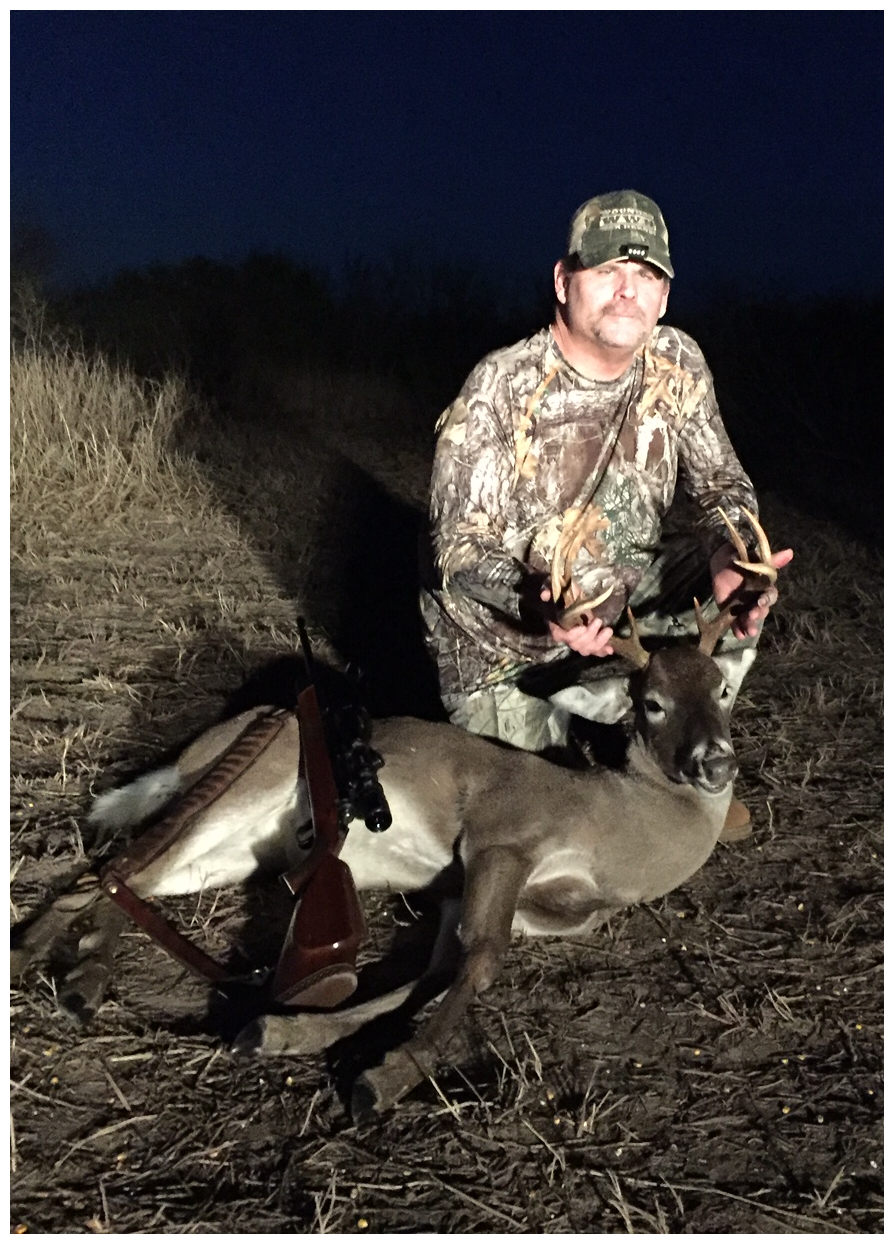 Gary Duggan (owner operator from BROUSSARD-739) took a week off to go to Houston to help with Hurricane Harvey relief. He helped out by barbecuing for displaced residents. He's pictured here with officers and EMTs - SPECIAL THANKS TO GARY! 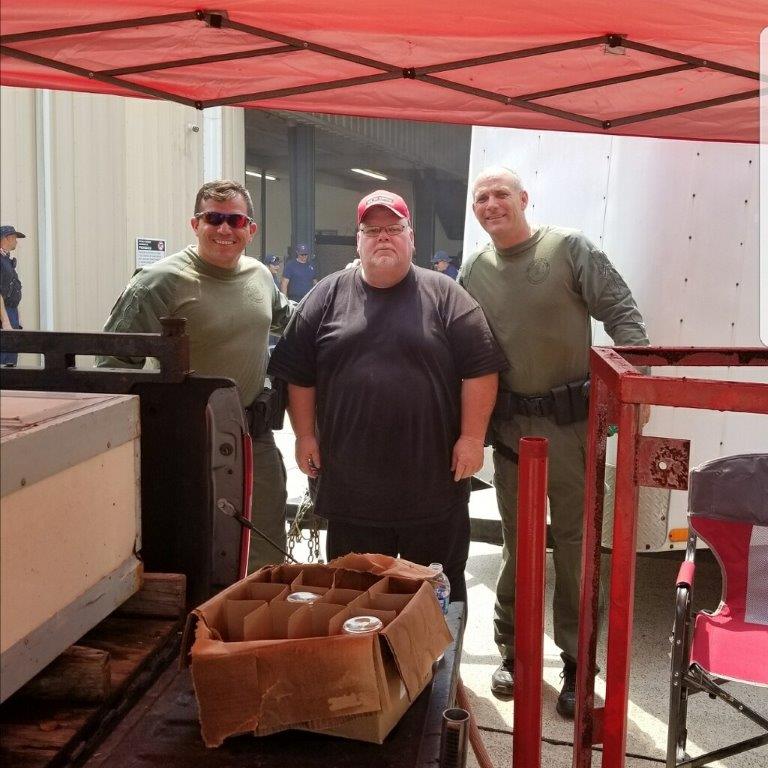 For the 2nd year UVL's sponsored team took the Grand Overall Championship. The team members are from Terminal 730, Orange Grove, TX- Darrel Byars and Ken Persons. The name of their team name is "Hey Mister Who" in honor of a departed close friend.

This year there were five additional teams up to 37 from all over the oil patch. Doesn’t matter if they have 100 more teams, Darrel and Ken do not deviate from their cooking process.

There was one introductory consolation prize added this year - an hors d'oeuvre which they made with BBQ pork butt on a roll with pickles and onions. Excellent but they didn’t win.

Then on to the beans. Frank and I tested, but the beans were not totally cooked so they put them back on and burned them. Didn’t win that either.

Next was the chicken. Knock out in our opinion but again they didn’t win.

Ribs were next and they knocked it out of the park. I even ate two (yes I told my wife I cheated on my diet). They took Grand Champion Honors.

Last but not least, their specialty........the brisket. Now your brisket……….you have to nurse that meat, be gentle and sweet. Talk to it. Cook it long and slow. Wrap it in a blanket and let it rest for a while before serving. Bingo. They took Reserve Champion Honors.

And because Darrel and Ken were the ONLY team winning 2 places in all categories they also took home the coveted Grand Champion Overall Award for the 2d year in a row!!

Congratulations to Darrel and Ken. Thank you to the testing team of Frank, Ross and Stan. 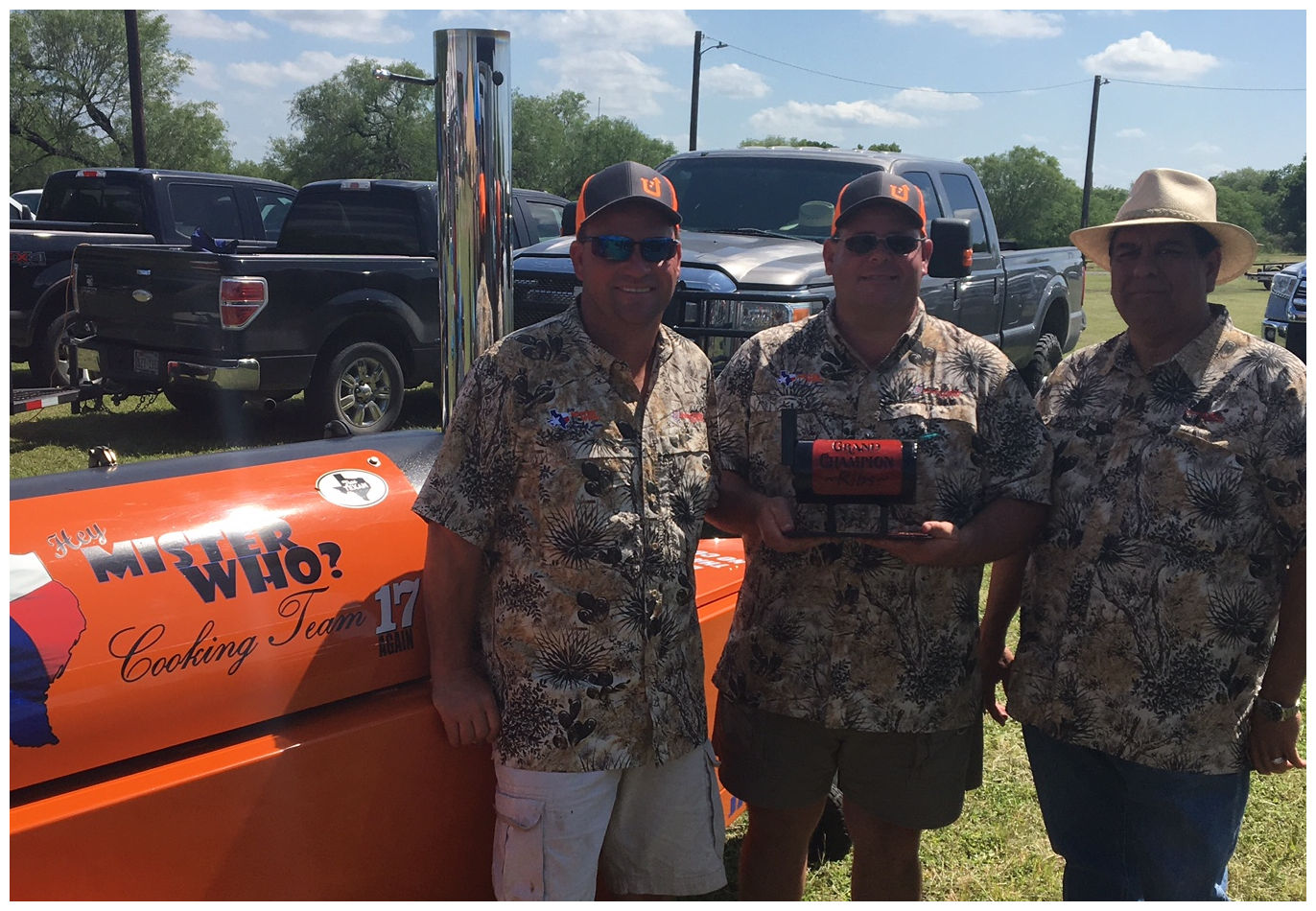 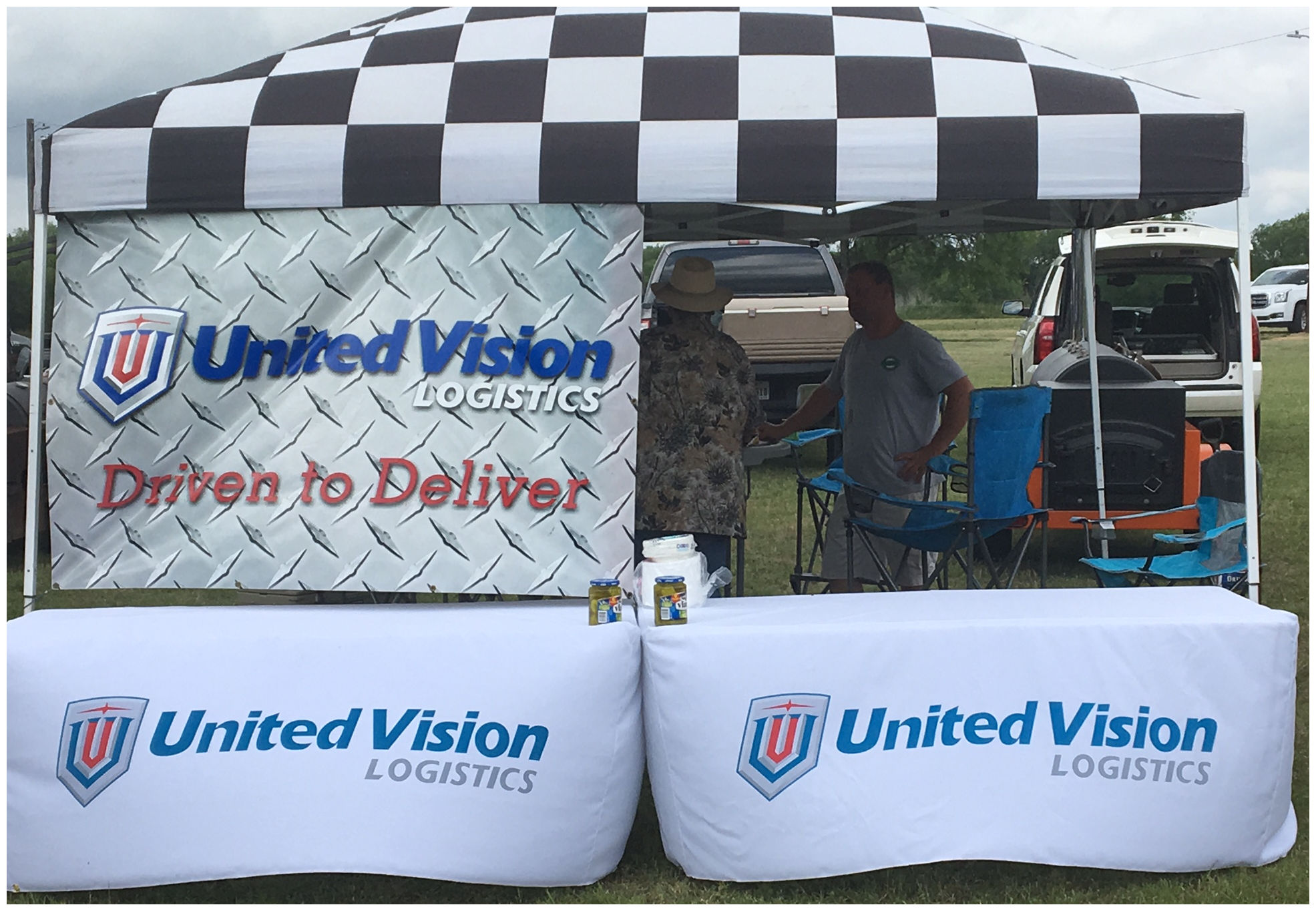 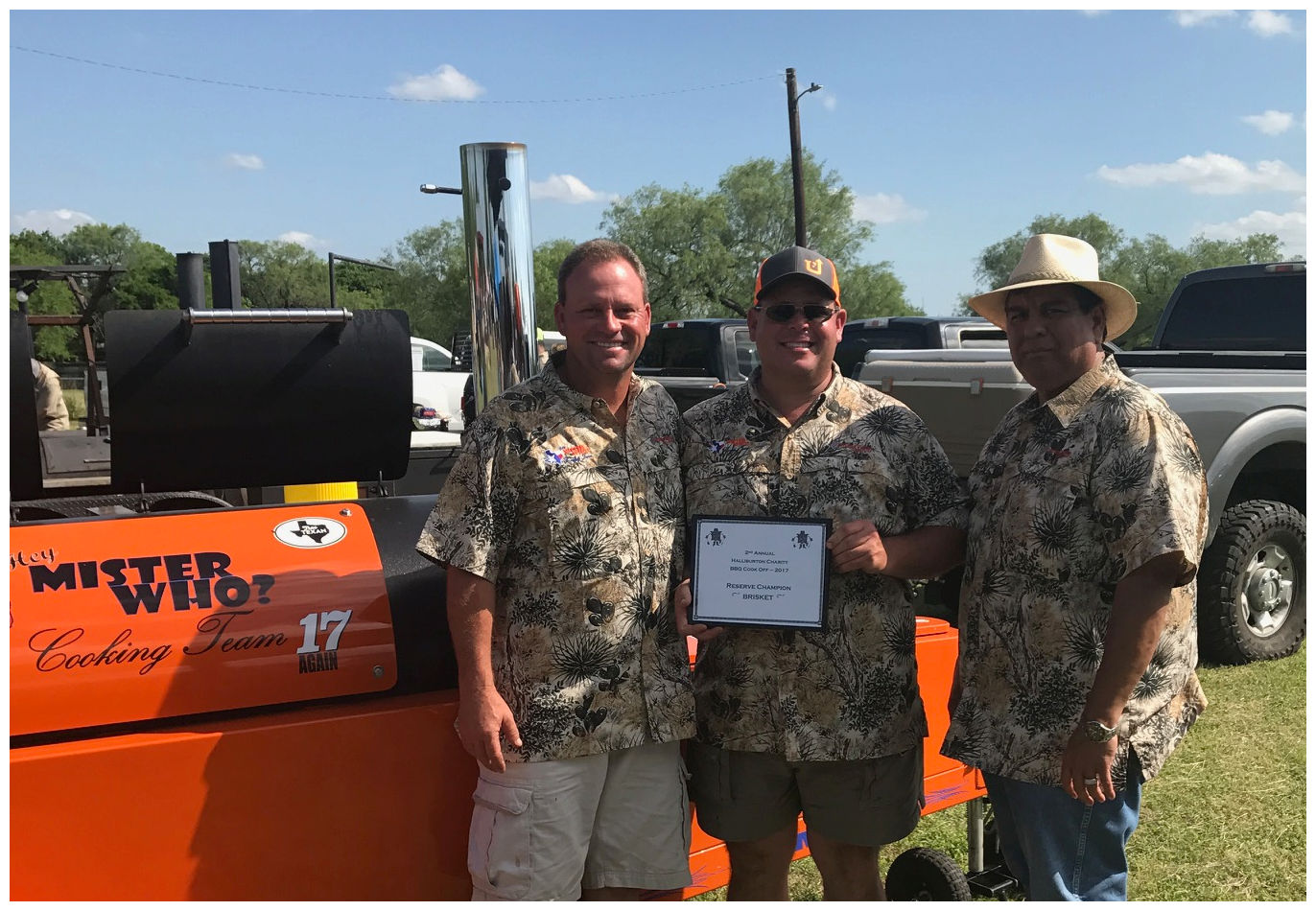