The week of Sept. 14-20, 2014 is National Driver Appreciation Week, a special time for all of us here at United Vision Logistics as we show our appreciation for those that get it done everyday – our dedicated drivers.

United Vision drivers know that 'Safety is My Business' and we know we have the safest drivers on the road helping United Vision deliver excellence for our customers!

Each weekday during Driver Appreciation Week, we'll choose 2 drivers (one from the east and one from the west) to receive the 2014 Best Driver Award.

Congratulations to our Friday Winners! 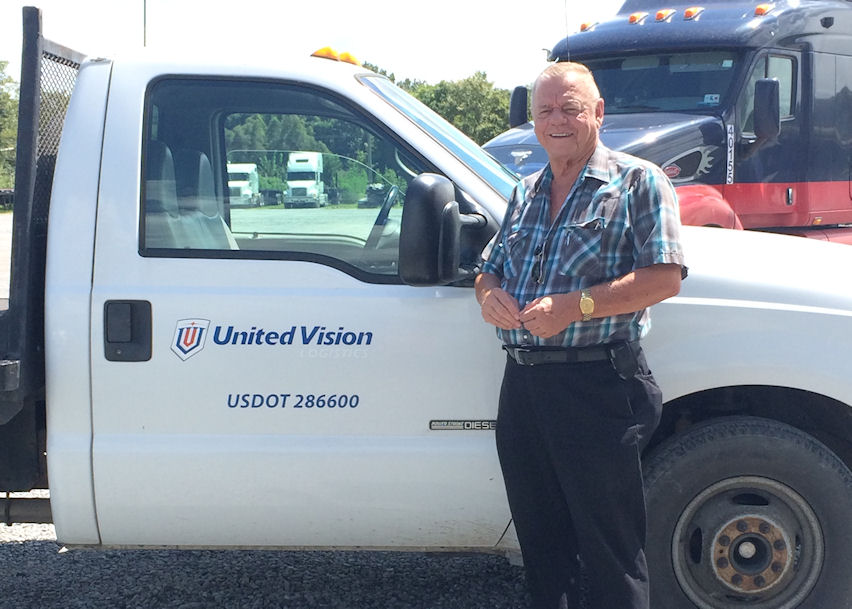 John Bailey has been in the trucking business since the 1970's.  He first started with his own terminal at Sam Broussard where he had 18 tandems, 2 two tons, 4 one tons and 3 hot shots leased to his terminal.  He had a son that he wanted to watch grow so he gave up his terminal to his partner and was a butcher for 10 years at G & J in Morgan City.  It was in the 80's that he came back to work, started at Venture Transport and stayed on with United Vision. 22 years later John has run over a million miles with no incidents- knock on wood. Mr. John has all his own work and his customers keep him busy most of the time.

He is a widower with one son and 2 step children. He enjoys fishing and hunting. 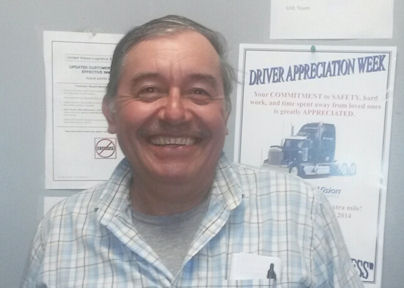 Jose has been with United Vision since 2003 providing the ultimate customer service and safety. He has been in the oil field industry since 1999.

Jose is married to his beautiful wife Elia Flores. They have two children, Herson who is 21 and Fatima who is 14.

Jose has zero CSA points and has had 3 clean roadside inspections. He is an owner operator that sets the standards for others to follow.

Congratulations to our Thursday Winners! 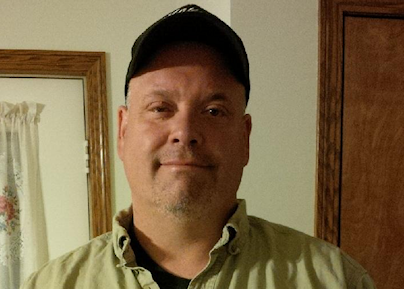 Stacy started driving in 1994 has done everything from heavy hauling to coach units until getting into the gas well cementing business.

In 2011 Stacy became an owner operator and in 2012 leased on with United Vision.

He is a family man and enjoys hunting with his 2 sons Daniel and Matthew and riding his Harley Davidson with his wife Laurie. He comes from a long line of truck drivers and his oldest son Daniel is driving as well. 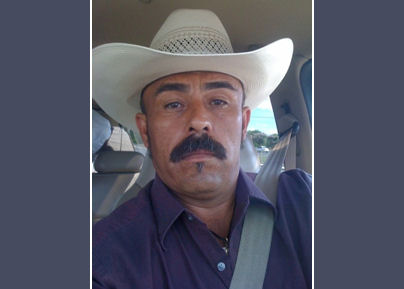 Sergio was a building contractor for 20 years, but always aspired to drive and own his own truck. After graduating from the Master Driving School, he began working in the trucking industry and later joined the United Vision family in 2012.

At United Vision Sergio started as a driver only, but his work ethic and drive quickly revealed that he would become an owner operator. He purchased and is presently driving his own truck.  Sergio has always been willing to travel, he is quick to train other drivers and assist them to make an easy transition to the UVL family. He understands the value of helping others, protecting the work and the customer service we have set forth. Sergio has rescued many loads because he understands the importance of keeping our service failures to a minimum and has done his part to make sure loads get delivered on time.

His work ethic is unmatched, his experience is valued, his attitude is rare, and his paperwork is timely and always correct. His loads are always on time and his truck is always clean and in good working order.

For 3 years Sergio's wife battled breast cancer.  Through numerous surgeries, chemotherapy, a full mastectomy and eventually a reconstructive surgery, Sergio worked day and night so that his wife would have the chance to get the best medical attention available.  The fact that his wife was going through this horrific experience and Sergio continued to work and travel where ever, whenever he was needed speaks volumes for the kind of loving, caring, dedicated person he is. On a positive note, Sergio's wife won the battle, she is cancer free. They recently purchased land in East Texas where the Gonzalez family will enjoy the many things they love to do: fishing, horseback riding, and shooting guns.

Congratulations to our Wednesday Winners! 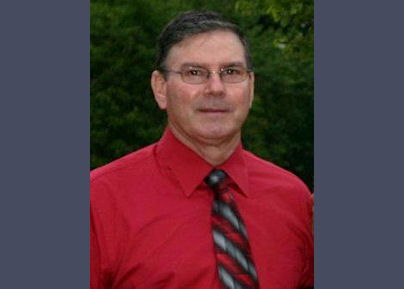 Bruce was born in a small town in Louisiana and never left his home state.  He lives in Baton Rouge, is happily married with 3 children, enjoys fishing with his wife and hunting coyotes with his sons.  (He has been known to brag that coyotes run away when they hear his name.)

During his early childhood years he worked summers for his uncle operating heavy equipment and trucks harvesting sugarcane.  That experience began his desire to become a CDL driver and subsequently he has been a successful owner/operator for 30+ years.

In 1992 Bruce signed-on with United Vision Logistics and has maintained an excellent safety record.  He commonly presents himself as a very "laid back southern boy" who likes to tell stories and joke around, except when it is about trucking.  He considers himself a professional in the trucking business and is not only passionate about driving but also takes his responsibility as a driver very seriously. He is always on the watch for any unsafe drivers and will not hesitate to report unsafe driving to the authorities.  He believes "bad drivers" hurt the driving profession, and he takes pride in not only being a good truck driver, doing a good job, but doing a good job safely.  He spends equal time between driving and time spent servicing his equipment in order to represent UVL professionally and perform his job safely.

Several years back his youngest son asked him if he liked driving a truck and would he do something different if he could.  He told him that he was doing what he always wanted to do and because he loved what he did, it made him happy and successful. 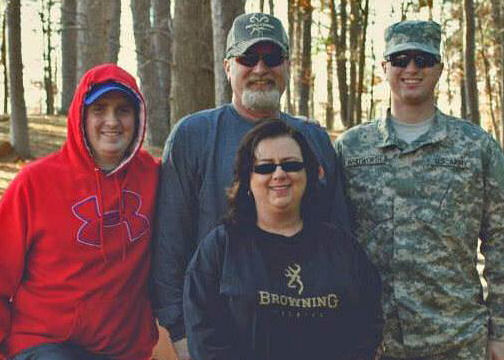 Anthony continues to provide an example of safety at Terminal 510. The attention that he gives to his equipment is unmatched - which is why he's had two clean roadside inspections this year alone!

Customer service is also very important to Anthony. If he is not driving, you can see him around town visiting, not only his own customers, but customers of Terminal 510, making sure they are happy with their service and finding out what else we can do for them. Anthony is a huge team player and is always giving a helping hand to the other drivers within the terminal.

Anthony is married to Lori Whitworth who also drives for UVL. He has two sons: Jacob who is currently a PFC in the United States Army and Joshua who is a Junior in High School. He is from Celeste, Texas and currently lives in Liberty City, Texas.

Congratulations to our Tuesday Winners! 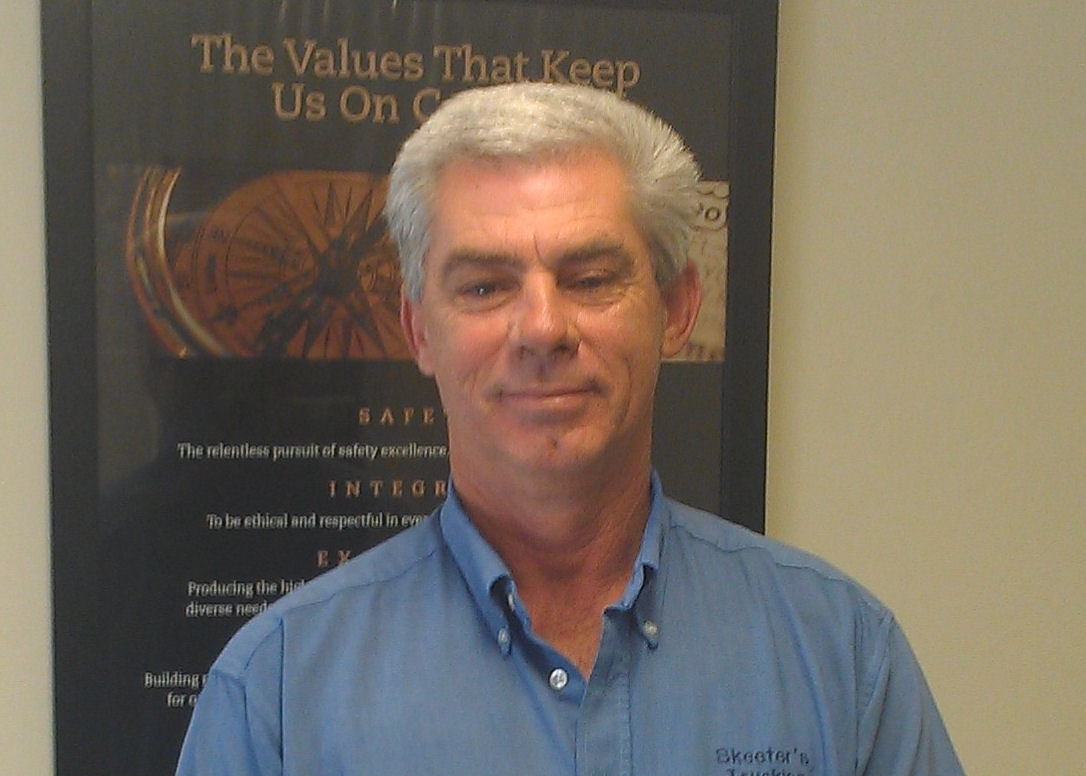 Darren drives for Terminal 503 in Broussard, LA. He has 3 children and 5 grandchildren. 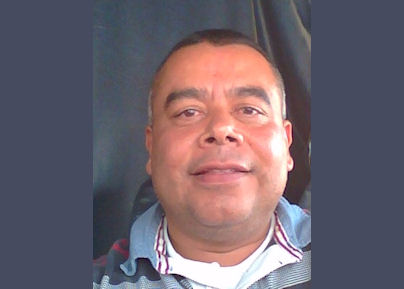 Balmoris drives for Terminal 027 in Houston, TX. He and his wife, Delmy, have two children, Jonathan and Mellany.

Balmoris has had 16 years of service with United Vision. During that time he has had no accidents or injuries. In addition, he keeps his equipment well maintained and always has a professional attitude with both internal and external customers.

Congratulations to our Monday Winners! 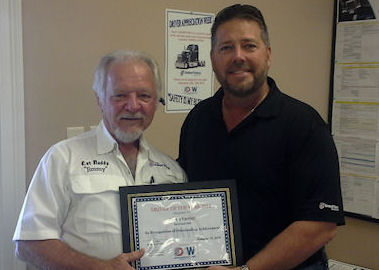 Jimmy drives for Terminal 504 in Houma, LA. He has been with United Vision for 23 years. He and his wife, Judith, have two daughters, Shelly and Shannon, and two grandchildren, Carly and Lincoln.

Jimmy has driven 1.5 million miles and has had no accidents or tickets in 23 years!

Way to go, Jimmy! Congratulations on a job well done!

Paul is a native of Houston, TX. He and his wife, Stacy, have three children, Brie, Josh and Ally, and one grandchild, Aubrey. He is currently with Terminal 407 in Houston and has been with United Vision for the past 6 years.

Paul is a top revenue producer and has had 9 clean roadside inspections since 2011. He continues to provide daily leadership for all drivers in the areas of safety and customer service.